Quorum Boston is a local LGBTQ vocal ensemble. We program music almost exclusively by queer composers, with the goal of combating the erasure of queerness from canonical composers and amplifying the voices of living composers.

This concert explores themes of love, spring, and water. It features the world premiere of Upallay, a piece by inti figgis-vizuetta, our Resident Composer. Other works included in our program are Britten’s “Heaven Haven,” Barber’s “To be sung on the Water,” Cage’s “Litany for the Whale,” Mari Valverde’s “En la noche entraremos,” a rare choral work by Tchaikovsky, and several of Hildegard von Bingen’s chants.

Both performance venues are accessible to disabled patrons. Rehearsals are too! Interested in joining Quorum Boston? Connect with us HERE.

(Roxbury, MA) OUT’hood FEST is a festival designed to by and for the voices and works of local LGBTQ POC. The night I attended was specifically a “taster” of this talent, the culmination of The Theater Offensive’s pilot program, the OUT’hood Residency. This program supports the creation of artwork by, for, and/or about LGBTQ people of color who are local to Boston. If what I saw this year was any indication, this festival will invigorate some of the most versatile artists of the Boston community. Storytellers Eddie Maisonet, Erin Ebony, Danny Harris Sr., Cheyenne Harvey, and J.D. Stokely certainly shined, and I look forward to finding more of their work. END_OF_DOCUMENT_TOKEN_TO_BE_REPLACED

May 22 – June 21, 2015
Calderwood Pavilion at the BCA
Boston, MA
Huntington on Facebook

(Boston, MA) Huntington Theatre’s production of  After All The Terrible Things I Do has a start so rough that it was surprising that it ended so well. Our first impression is of the glorious stage by Clint Ramos. The bookstore set where are heros interact evokes the recognizable bittersweet nostalgia of favored reading holes. There are nooks and crannies, patches of light and dark. It’s nearly perfect. All it needs is a fat tabby napping on a pillow of paperbacks. END_OF_DOCUMENT_TOKEN_TO_BE_REPLACED

(Boston, MA) Let me preface this review with the following: It is near impossible to have a frank discussion about institutional oppression and personal culpability/responsibility without becoming defensive or offended. If you are a white person who hasn’t closely examined your personal involvement as either an actual or potential racist, it is highly likely that you engage in racist behavior and don’t even know it. If you think it’s OK to affect a lisp and ridicule gay people because you “have gay friends,” you’re likely a homophobe. If you treat either gay people and/or people of color as not “normal,” you’re probably one, the other, or both. Casual racism/homophobia isn’t a POC/LGBTQ+ issue. It’s a failing of the white/hetero, cis members of society convinced that the fight against oppression ends when it becomes inconvenient to fight. It is possible to consider yourself a good person and still be rotten with racism or homophobia. END_OF_DOCUMENT_TOKEN_TO_BE_REPLACED

(Boston) President Obama has received flak from all political sides for his decision to back govt.-sourced  drone proposals. It has been 5 years and 5 months since the CIA conducted the first strike during Obama’s term and he shortly thereafter ramped up the attacks in Pakistan, Somalia and Yemen. He went so far as to say that “he wrestle[s] with civilian casualties. But, he said, he has a solemn duty and responsibility to keep the American people safe. That’s my most important obligation as President and Commander-in-Chief. And there are individuals and groups out there that are intent on killing Americans — killing American civilians, killing American children, blowing up American planes.” (Huffington Post) While drone attacks have decreased once his numbers started suffering, attacks have not stopped entirely. Clearly, Obama “wrestles” with casualties enough to make a statement but not enough to discontinue drone use. END_OF_DOCUMENT_TOKEN_TO_BE_REPLACED

(Boston) Britney Spears thinks that gay people are “adorable and hilarious.” Her quote is terrifying because it is indicative of the thoughts and feelings of the majority of US citizens. For most of the world, only straight people are real™ people. Gay people are fun and quirky but we aren’t real™ people deserving of equal rights and a voice, says society. The LGBTQ get to be characters, sidekicks, and sassy friends who are defined solely by the people with whom we rub nethers (and other fun parts). Spears and people like her are stereotyping an entire community of human beings because it hasn’t occurred to them that we’re also human. Our history, culture and politics are just as rich as the hetero-normative precedent. END_OF_DOCUMENT_TOKEN_TO_BE_REPLACED

(Beverly) Somewhere in the middle of the fantastic North Shore Production of La Cage Aux Folles, I had an “aha” moment about the concept of drag.  As a child, I had never understood why some male transvestite performers seemed to equate dressing like a woman to dressing like Dolly Parton in her heyday.  It was a mystery I didn’t realize I hadn’t solved until I was watching this thoughtful, nuanced and hysterical play come to life.  For some, going drag isn’t about replicating the other gender; instead, it’s about upending fixed norms on what it means to be a man or a woman.  (File under “Duh.”) END_OF_DOCUMENT_TOKEN_TO_BE_REPLACED

Are you interested in acting, writing, or performing? Want to use your art for activism, to make your school, community and world a better place? Audition for True Colors: Out Youth Theater!
Open auditions on Tuesday, September 10th from 6 – 9 PM.

Looking for youth ages 14-22 who identify as gay, lesbian, bisexual, transgender, queer, questioning, or straight allies. Performers must have a flexible schedule & be available for:

True Colors: Out Youth Theater Troupe is a group of up to 15 youth, ages 14 – 22 who identify as lesbian, gay, bisexual, transgender, queer, questioning and straight allies. Through this program, youth work together to write a play based on personal experience, the experience of their peers, and LGBT youth issues, and then tour this play to schools, community organizations and state agencies throughout Massachusetts. Youth perform and participate in audience discussions after each show, using the arts as a means to educate about, and advocate for, the LGBT community and youth in particular. 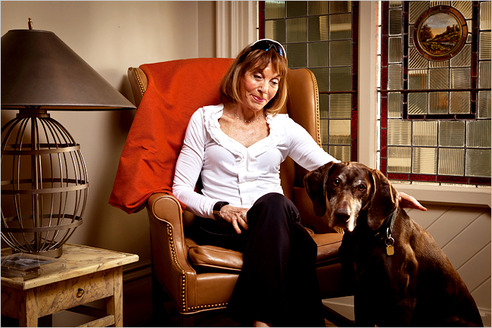 People may recall Ms. Parker as a champion of LGBTQ rights. Some may remember her gallant aerial descent to the stage in the 2010 Theater Offensive fundraising event “ClimACTS: Under A Big Top.” She was a miracle to those who needed her. Joan Parker, you are missed.

Joan Parker flying 30 feet up in the air at our 2010 “ClimACTS under a Big Top. Photo credit: The Theater Offensive

I am writing to share the sad news that Joan Parker, one of our distinguished members of the Greater Boston Parents Families and Friends (Greater Boston PFLAG) Advisory Board, passed away yesterday.  Joan was an educator and community activist and philanthropist. She and her late husband, the acclaimed novelist Robert Parker, epitomized the ideal PFLAG parents. Proud and supportive of their two gay sons, Joan and Robert modeled the kind of behavior PFLAG seeks to promote with all parents: unqualified love and acceptance of their LGBT children.  And they took that love and support to its highest form by becoming activists  — committing themselves to making the world safe and inclusive for all.

For decades, Joan was active in a wide range of community service and arts organizations, including the American Repertory Theater, Community Servings, Theater Offensive, The Boston Children’s Theater and, fortunately for us, Greater Boston PFLAG.  Joan was also a moving force behind “Shared Heart”, a traveling exhibit of black-and-white photos of LGBT teens that was narrated by the featured youth.

Joan and Robert joined the Greater Boston PFLAG’s Advisory Board in June 2008, and together with Chad and Anne Gifford, served as Honorary Co-Chairs of our April 2008 and 2009 Pride and Passion fundraisers. At the April 2010 fundraiser, Greater Boston PFLAG honored Joan with its Cornerstone of Equality Award. Joan then went on to Co-Chair three successive Pride and Passion fundraising events. Each of these galas was more successful than the one before by all measures, including increasing the amount of funds raised to support of our bullying prevention and family acceptance programs. Beyond that, through her work on our fundraising events, Joan was instrumental in boosting public awareness of our lifesaving, life-changing mission. She became an active member of our Speaker’s Bureau and participated in our workplace based education programs for parents and allies.  She gave generously of her time, passion and expertise and was a brilliant “organizational development consultant”. She frequently opened her Cambridge home for countless meetings and parties for supporters and friends of the organization- in some respects, her Ash Street residence became a second home office for Greater Boston PFLAG.

My predecessor Stan Griffith, our Executive Director Pam Garramone and I will always cherish Joan’s warm friendship and her steady wise counsel. She was our guru and mentor. We are grateful to Joan Parker for all that she did to make the world a better place for all kids and their families.

Greater Boston PFLAG extends our deepest sympathies to Joan’s sons David and Daniel and to their families during this difficult time. The family has requested that memorial gifts be made in lieu of flowers to one or more of the organizations with which their mother was active, including Greater Boston PFLAG.  Those who would like to make a memorial gift in Joan Parker’s honor should consult our website at: http://www.gbpflag.org or call 781-891-5966.

Photo credit: www.GretjenHelene.com; Lily and the Mary’s shaking what their mother, Time, gave them.

Written and Conceived by Taylor Mac
Composed by Rachelle Garniez

The Lily’s Revenge is the epic nursery rhyme turned homo-rific, drag-tastic fairy tale of Lily, an ordinary houseplant, who undertakes to be more than what others make him to be. His is a delicious allegory/metaphor/cautionary tale/simile/hyperbole/paradox that spans 4+ hours of dance, drama and breakage of the 4th wall that warns never to settle for less than what you want. Even if that means shedding the skin of who you think you are to become who you are truly meant to be. END_OF_DOCUMENT_TOKEN_TO_BE_REPLACED