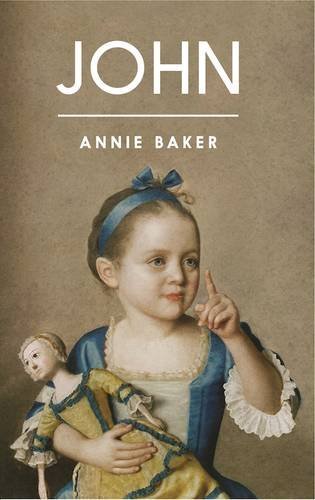 I was given a gratis copy of John by TCG in return for my review. My opinions are my own. Anyone who thinks otherwise can fight me.

TCG summarizes the play thusly, “the week after Thanksgiving. A Bed & Breakfast in Gettysburg, Pennsylvania. A cheerful innkeeper. A young couple struggling to stay together. Thousands of inanimate objects, watching.” The truth is much creepier than that.

Elias and Jenny are traveling through Gettysburg on a mini-vacation. They are a textbook example of pre-breakup behaviors: they don’t value each other’s struggles or input. They are distant to the point of unintentional neglect. They are staying at Mertis’ freezing cold bed and breakfast. Mertis has awkward boundaries. She doesn’t read between the lines. Neither do they. As the play unfolds, the couple is forced to confront their self-absorbed assumptions regarding each other. Everything and nothing is a metaphor for their experiences.

The cast includes one man, three women. One woman must be Asian, the other two could be any race. One woman is blind, one has glasses, and the other sees normally. The male character is Jewish but could otherwise have any skin color. This play passes both the Bechdel and the Mako Mori tests. The women talk to each other and have strong, albeit uncanny, story arcs.

Annie Baker is adept at creating strong, individual characters with intense personalities. They won’t be anyone they aren’t. Even the concessions they make to other characters solidify their individuality. For example, Jenny discreetly plugs her ear rather than inform Elias that he eats breakfast like a slobbering beast. He notices and reacts with emotional violence, claiming plugging her ear is an anti-semitic act. Jenny responds with decisive but sympathetic calm. This back and forth without really understanding the larger issues at play define their relationship even as it breaks apart.

Production of this play should not be attempted without serious understanding of the complications involved. The set design is meant to be crawling with inanimate tchotchkes: angels, gnomes, and other horrors that tip the scariness scale en masse. This aesthetic culminates in a nadir of icky blech via an American Girl Doll stationed on the landing of the second floor. This doll is intentionally eerie. If intending to produce this show, it’s probably worthwhile for one to invest in a trunk with a lock to keep the doll in. Just in case.

John premiered in fall 2015 Off-Broadway at the Signature Theatre in New York on the Irene Diamond Stage. It was directed by Tony Award winner, Sam Gold. It ran 3 hours, 15 minutes with two intermissions.

Pulitzer Prize winner Annie Baker’s plays include The Flick, Circle Mirror Transformation, The Aliens, Nocturama, and the Chekhov adaptation, Uncle Vanya. She’s an immensely popular playwright. Recent honors include a Guggenheim fellowship, the Steinberg Playwright Award, the American Academy of Arts and Letter Award, and the 2015-2016 Cullman Fellowship at the New York Public Library. She is currently the resident at the Signature Theatre in NYC.