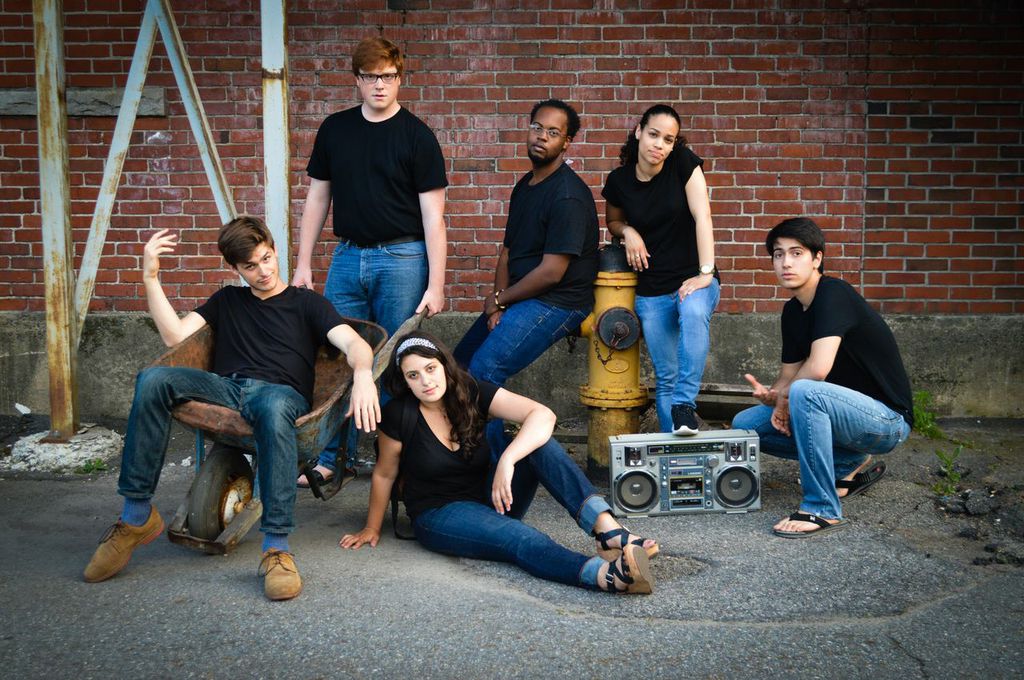 Photo from Circuit Theatre website. Look at all these POCs!

(Cambridge) Performed in repertory with The Walk Across Mother Earth, Taylor Mac’s ode to the political march, Kristoffer Diaz’s coming of age tale features a brother and sister from Manhattan’s Lower East Side.  The Circuit Theatre Company hands in a breezy summer confection, heavy on fun and low on substance.

In Welcome To Arroyo’s the DJs, fill in as a Greek chorus and initially control the structure of the play which is fairly loose and formulaic.  Club Oberon is believable as Arroyo’s Lounge, and producing the show here has many advantages from the dance party lighting which aids in tone shifting to the sound system that can fill the entire space.  Alejandro, the owner of Arroyo’s and Amalia’s brother, bemoans the lack of customers and his sister’s lack of a job or a life plan.  All she wants to do is make art and put graffiti up on walls.

The actual plots are uncomplicated and hokey, at best.  Nothing can save these plots.  The ensemble work, which included some real-time rewinding and cleverly overlapped dialogue, was excellent.  The actors are giving their lines all they have, and certainly all of the technical elements exist as well.

The cast’s energy is infectious, in particular the DJs, Caleb Bromberg as Trip and Fletcher Bell as Nelson, are a true comedy duo.  They made me laugh when I really wanted to groan.  Have I mentioned hip-hop?  Well, hip-hop gets mentioned, but don’t get too attached if you are disciples of the art.  Because there are references to hip-hop in part, there is some strong language, but nothing else in the show that would be overly objectionable for young adults.

Circuit Theatre Company’s summer season will end with performances of The Annotated History of the Muskrat by John Kuntz from August 8-16 at the Calderwood Pavilion.